No Child Left Behind..Unless They Want To Be

My second year teaching middle school, our slogan was “Failure is not an option”. The official policy was that every student has the ability to succeed and it was our job to help them do so.

Well, yes, that’s true. Every child can learn. The problem is, not every child WANTS to learn. For some students, school is something they do a couple times a month when disrupting class sounds more interesting than whatever else they had planned that day. For some, school is something they do because the court orders them to show up. No, I’m not exaggerating – both were true of multiple students.

On to the rant. According to the right, only three things are required to make all students succeed: replace all public schools with private and charter schools, test constantly, and outlaw unions.

First off , let me say that I have nothing against charter schools; I used to work for one. They have a lot of advantages over regular schools, most of which boil down to one thing: control. Public schools take whoever shows up and teach however the state and district tell them to teach, but charters can do something that public schools often can’t: demand parent accountability and kick out the kids who don’t behave!

When I taught public school, my actual authority was approximately zero; if a kid misbehaved, I could give him detention (requiring more work on my part, and he probably wouldn’t show up anyway, requiring yet more work) or I could send him to the office (and they’d send him back 5 minutes later). It was not in my power to have a disruptive student removed unless the kid had a weapon. in which case we had a zero (common sense) tolerance policy. As to teaching..well, it pretty much boiled down to “this is what you’re going to teach, this is how you’re going to teach it.” If that wasn’t the best method for my students..oh well!

Now contrast that with the charter school.  Parents were required to put in a number of hours volunteering at the school every quarter; there was no excuse for not knowing what their kids were up to. Teachers were free to teach however they liked, which naturally lead to better learning; I had a number of parents compliment me on my teaching methods. Additionally, the school made the choice to limit each classroom to 20 students, which is great to promote learning but impossible in the public schools.

When I debated this with a republican a few years ago and he touted charters as the be-all, end-all, I suggested a simple test: put public schools and charter schools under the same restrictions and see how it works out. He accused me of trying to kill charter schools and disappeared.

Test, Test, and Test Some More

I rather liked the CSAP; it meant two weeks of doing very little aside from handing out pencils and test books. Very relaxing! Granted, the results were fairly worthless – if you as a teacher don’t already know where your kids are having trouble, you aren’t doing your job, and they come back too close to the end of the year to help anyway – and it took a lot of time away from actual learning, but hey, whatever the politicians want!

In all seriousness, the only good thing about the CSAP, in my opinion, was that the school paid teachers to give up our planning periods and spend extra time with students who were struggling. Kind of a zero sum game, since they pulled the kids out of “less important” classes like social studies so they’d do better on the subjects the test measured, but at least it meant I was able to give the students the type of instruction they needed rather than the type the district mandated.

The real problem with the CSAP, of course, is that students have no extrinsic motivation to do well; the test is used to grade teachers and schools, but not students. Don’t like your teacher? Blow off the test; it’s no skin off your nose!

This really isn’t meant to be a political post, but let me rant just a minute on No Child Left Behind. Like every single other teacher I talked to about it, I thought it was a good idea in theory, with absolutely horrible execution. Nobody was particularly surprised, given that Bush’s secretary of education, Margaret Spellings, had never been a classroom teacher and had basically no relevant experience. Good intentions are wonderful, but competence and experience matter.

A former roommate of mine is a die-hard, far-right republican, the type of person who reads Fox News and the Drudge Report daily. His response to any mention by me of unprepared students in my college classes was to blame the teacher’s unions. Great response, I think, that suffers only slightly from not being true!

I’ve never belonged to a union, but I’ve had contact with two of them. When I taught at the charter school, the local teacher’s union arranged classes on teaching methods, which I attended; that was my only contact with them. When I taught at the public school, I met with them twice: once they asked me my opinion on something, and the second time they took me statement when another teacher was falsely accused of something and I was a witness to the incident. When you hear someone say the teacher’s unions don’t care about children, don’t believe it; it’s total BS. Yes, unions exist primarily to protest their members (and I can tell you, they’re needed), but they’re still made up of teachers..and we teach because we care about our students.

Next time: should every student go to college? I say….no!

No Child Left Behind..Unless They Want To Be 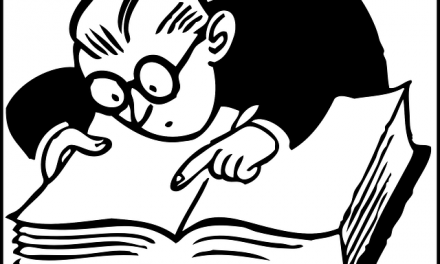 College: Still not for everybody

Going Back To School