On Writing [and Editing]

Probably most software developers have at least heard of Donald Knuth’s The Art of Computer Programming. Supposedly a 12-chapter book in seven volumes, the first volume was published in 1968 and we’re now partway through volume four (the fifth portion thereof expected to release in June). I’ve never read a significant amount of the work, but over the years I’ve occasionally dipped into it when researching a particular topic; it’s written as a reference book, and it works well for that.

I bring up these books not because they are particularly readable (they’re universally acknowledged as being quite dense, and very few people even claim to have read through them) or because of the speed with which they were written (although spending half a century on one project is impressive!) but because of Knuth’s dedication to getting the work exactly right. Aside from spending an astonishing amount of time on each book, he has long offered a reward of one hexadecimal dollar ($2.56) to anyone finding an error (including typos).

Most of us, of course, can’t put in that kind of effort (or time) to our writing. We (hopefully) have something to say, but there’s always the pressure to get it out there quickly and move on to the next project. I’ve seen more than a few programming blog posts that looked like they covered interesting material, but the writing was so bad that it wasn’t worth the effort to puzzle out what they were trying to say. (To be fair, many programmers have a first language other than English and deserve some leeway there). Books are even worse, due to the greater investment; I’ve given up on more than a few books due to the number of typos in the first chapter. Technical books, fortunately, seem to be better edited than most, but are by no means exempt from this problem.

Writing is meant to be read; make sure yours can be. If blog posts must be written quickly, consider cutting down on the number posted so as to take more care with each. When writing a more significant work, hire a good editor. My first book took only three weekends to write, but it was only 26 pages (of non-technical material) and still went through a round of editing before being published. I expect the book I’m working on now (which will be more technical) to take over a year to write and require several editors to make sure both the content and the language are correct. It still won’t be perfect; errors inevitably slip through no matter how many times you proofread (I’m still irritated over the one error I’m aware of in a graphic in my dissertation). But a focus on quality reflects well on you, and makes things easier for your readers.

I’m interested in what you have to say. Make it easy for me to hear it. 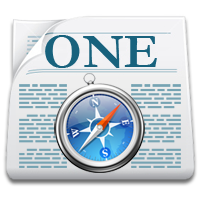 On Writing [and Editing] 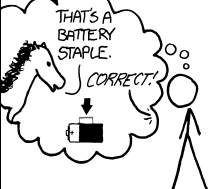