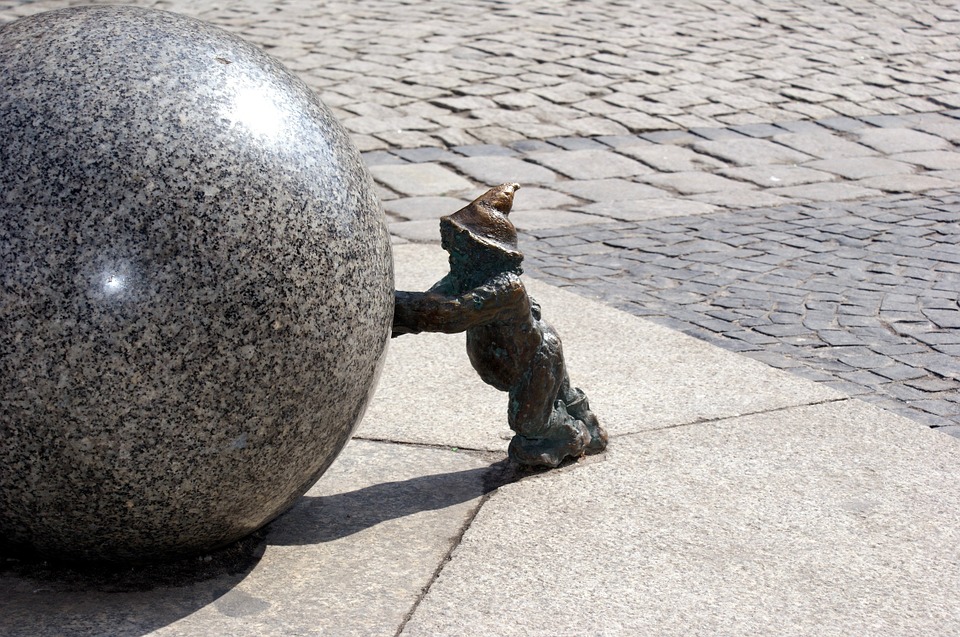 Recently I read a post about productivity. The point of it was that you have a fixed amount of effort that you can put in every day, and you’ll get a lot further if you concentrate that effort on one task rather than dividing it between many tasks.

I’d actually like to think of this in terms of physics. Imagine that you have a number of heavy blocks you need to move; these represent all the work you have to get done. If you go up to each block and give it a little tap, you’re unlikely to overcome the block’s inertia; it will stay where it is, and you’ve gone all day without accomplishing anything. On the other hand, if you apply all of your effort to one block, you may be able to move it quite some distance. It may look like you’re doing less – you’ve only worked on one project, rather than many – but you’re actually getting more done.

We already know that multitasking doesn’t work, but even when we avoid it, how often do we engage in serial single-tasking – that is, doing one thing at a time, but jumping back and forth between different types of tasks? If each task only takes a few minutes, but comes from a different domain than the previous task, we still have to deal with the context switches that we’re trying to avoid by not multi-tasking.

On Monday, I spent my day focused entirely on doing fixes to a particular section of code. While I was doing a lot of different things, they all had the same basic context, which meant less for my brain to keep track of. I ended up having one of my most productive days ever, designing, developing, and checking in five discrete fixes. Last week I spent more time working on some larger fixes, but I let other work pile up while I focused on getting those big fixes done, so I didn’t have to take attention away from what was most important.

This isn’t a new concept – productivity gurus will speak of the importance of batching, where you save up related tasks (say, responding to emails) and tackle them all at once, also to avoid the context switches. How can you be more productive by doing less?